Stevens & Wilkinson, an architecture, engineering, and interior design firm, needs an IT company to keep them protected from ransomware and apply careful planning to the execution of ongoing IT projects. That’s why they trust 360 Smart Networks to handle their IT for them.

Are You Sure Your IT Company Is Protecting You From Ransomware? 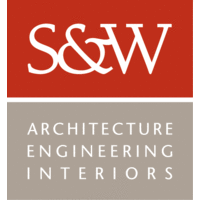 Stevens & Wilkinson, an architecture, engineering, and interior design firm, needs an IT company to keep them protected from ransomware and apply careful planning to the execution of ongoing IT projects. That’s why they trust 360 Smart Networks to handle their IT for them.

Stevens & Wilkinson is an architecture, engineering, and interior design firm with more than 100 employees and two offices. Their active organization depends heavily on their IT to utilize BIM software, and store and access the data involved in their ongoing projects.

As one of 360 Smart Networks’ clients, Stevens & Wilkinson trusts our team to keep their systems optimized, secure, and supported.

Why Did Stevens & Wilkinson Need A New IT Company?

While Stevens & Wilkinson had been with their previous managed IT services provider for some time without issue, an ongoing problem with the quality of service became apparent at the worst of times. When Stevens & Wilkinson was targeted with ransomware, they discovered their IT company hadn’t been managing their data backup properly.

Ransomware is one of the biggest cybercrime threats to businesses today. 39% of malware-based data breaches worldwide are caused by ransomware. In the past year alone…

However, despite how dangerous and common ransomware can be, there’s a simple way to protect against it – keep your data backed up. If you have you have a data backup solution, then it doesn’t matter if your data has been encrypted by ransomware. You can just replace it with your backup, simple as that. That’s why businesses should make a considerable investment in a comprehensive backup data recovery solution so that you can restore your data at a moment’s notice when necessary.

IT companies (like Steven & Wilkinson’s previous IT support provider) need to make sure to:

However, once Stevens & Wilkinson was targeted with ransomware, it became clear that their backups weren’t being managed as effectively as they should have been. This revelation led Stevens & Wilkinsons’ management to start looking for a different IT company that could better protect their interests. It wasn’t long before they selected 360 Smart Networks.

How 360 Smart Networks Handle The Migration?

Like any other transition, onboarding from one IT services company to another comes with its own set of challenges. There is a secret to pulling off a successful migration that gives the client exactly what you need out of your new technology services. The key is to make sure you know exactly what you’re getting into before you start.

Changing from one provider to another — whether IT or otherwise — should never be made impulsively. Taking the time to figure out the specifics well ahead of time will:

This is how 360 Smart Networks prefers to manage service migrations when we take on a new client. However, it’s not always a possibility. In the case of Stevens & Wilkinson, our team had to hit the ground running, addressing long-standing issues left by the previous IT company, and providing support to their firm’s users when requested.

Over time, we gained a clearer picture of what the Stevens & Wilkinson staff needed from their IT, and what obstacles they were trying to overcome. Many of the fixes we provided in this time helped eliminate chronic IT issues that the firm’s users had been putting up with for months.

Furthermore, to help Stevens & Wilkinson avoid any similar issues, should they ever choose to move from 360 Smart Networks to another IT company in the future, we also recommended that they hire an internal IT employee that would maintain continuity of the particulars of their IT systems, and help support the migration process.

What Is 360 Smart Networks Doing For Stevens & Wilkinson Now?

As Stevens & Wilkinson’s IT company, 360 Smart Networks handles the ongoing maintenance and management of their IT systems, which includes several ongoing projects, such as migrating to Microsoft Office 365.

Over the past few years, productivity suites have become more and more popular with businesses of all sizes, in a wide and varied range of industries. It’s the type of solution that has something to offer everyone.

Cloud-based technologies, in general, are changing the way users view the capabilities of their technology – especially Microsoft Office 365. Migrating from one business technology to another isn’t necessarily a simple process, but with the right strategy, 360 Smart Networks can make it as painless as possible. When preparing for a migration to Microsoft Office 365, it’s important to plan efficiently and thoroughly.

The previous IT company had only gotten partway through the process of migrating Stevens & Wilkinson to Microsoft Office 365. 360 Smart Networks has picked up where they left off, addressing hundreds of gigabytes in public folders left to be archived, all of which needs to be migrated before the Exchange Server can be retired.

Modern IT systems like the one Stevens & Wilkinson relies on are complex, and as such, require careful maintenance and a detailed strategy to keep them secure and supported. Clients like Stevens & Wilkinson trust 360 Smart Networks to handle these tasks for them – do you need a capable IT company handling these concerns for you as well?

Like this article? Check out the following blogs to learn more:

Are You Getting IT Leadership from Your Managed Service Provider?